A very vast space is perceived only through its markings. A ‘sunset, a valley or seashores’ are Markings of a space. These are evident through physical elements like: edges, banks, thresholds, slopes, plains or fences and environmental effects thereon. Markings in a very vast space indicate the extent of the space, but do not define it. Perception of markings is subjective and circumstantial, because the reach varies with perceiver’s capacity, needs and environmental conditions.


Neighbourhood spaces
Markings help create anchor points, line links and extent spreads. This elemental bounding becomes the setting for prime human endeavour (and so the behaviour) to occupy and possess a space segment. Secondary bounding in space define what one can own, possess and some control or physical reach. This secondary bounding or space segments, separate the wild exterior from the interior space. The space also becomes an alternative place for everything that an interior space cannot offer. It becomes a place for informal social contacts and also temporary escape. This is the next grade of exterior space, the neighbourhood space. A neighbourhood space comes into being and remains valid in the context of interior spaces.


Neighbourhood as an exterior space is finite and predictable. It is both a ‘collection of individuals and a place, the people who live there and the place itself’. Here the social ties develop not just due to people involved, but due to the settings of the place.


Neighbourhood spaces have recognizable geometric order or a predictable configuration, purposive locations for anchorage, well-defined zones, distinct routes and paths, good visibility (and other clarity of other sensorial perception) and recognition of the whole and its parts. 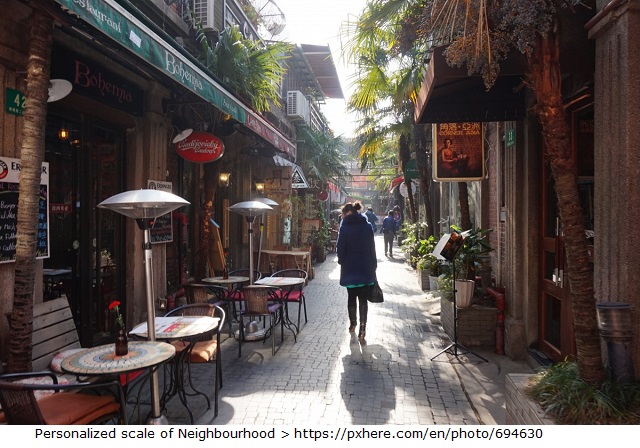 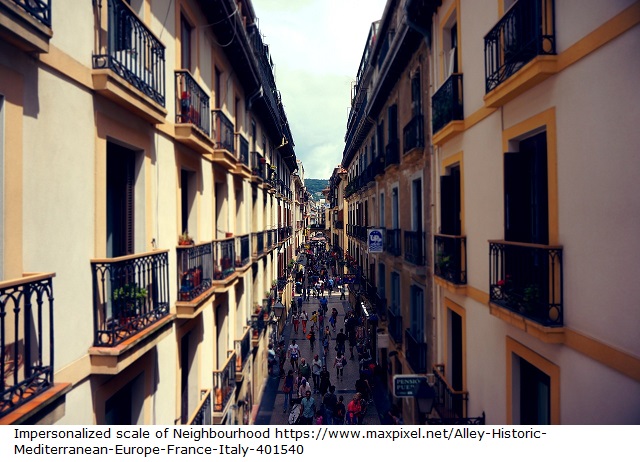 The depth or scale as defined by bounding elements mainly depends on the reach capacities. In other words the bounding elements are within the sensorial reach such as vision, hearing, smelling, touching, etc. These elements individually represent varied reaches, so space definitions here match to the purpose.
- ‘a jungle of apartments where no one knew who was dead or who was celebrating what - but an archipelago of neighbourhoods in which everyone knew each other.’ -Orhan Pamuk, Istanbul: Memories and the City.
.
- August 04, 2014