The Latin word FENESTRA (plus the normalizing suffix -ation) stands for the WINDOW. Fenestration in modern sense is an act of opening multiple (computer) screens or windows simultaneously. The word Defenestration comes from the Latin de- (down or away from) and fenestra (window or opening). That is why computer hackers humorously refer to it as the act of removing Microsoft Windows from a computer.

Historically DEFENESTRATION has been an act of throwing someone or something out of a window. It connotes the forcible or peremptory removal of an adversary. It was often said, if you throw your adversary out of the door, chances are the person will come back with more vigour, but by de-windowing (defenestration), the action is injurious or fatal. Historically, the word defenestration referred to an act of political dissent. ‘In December 1840, Abraham Lincoln and four other Illinois legislators jumped out of a window in a political maneuver to prevent a quorum on a vote’. In the "Cologne Defenestration,” during the Revolution of 1848, an agitated crowd forced their way into the town hall of Cologne. Two city Councillors panicked and jumped out of the window.


The term Defenestration originates from two incidents in history, both occurring in Prague. The First Defenestration of Prague involved killing of seven members of the city council by a crowd of radical Czech Hussites on July 30, 1419. Jan Želivský, a Hussite priest of the Church of Virgin Mary of the Snows, led his congregation on a procession through the streets of Prague. It was as a result of the growing discontent at the inequality between the peasants and the Roman Catholic Church, the Church's prelates, and the nobility. The enraged crowd stormed the New Town Hall (Novoměstská radnice) and threw the councilors out of the windows onto the spears of the armed congregation below.


The Second Defenestration of Prague was when the Roman Catholic officials ordered the cessation of construction of some Protestant chapels on land which the Catholic clergy claimed belonged to them. This was interpreted as a violation of the right of freedom of religious expression, and two imperial governors were found guilty. They were thrown out of 16-meter high windows of the Chancellery. The governors, however, landed on a large pile of manure and survived unharmed.

Sanford Robinson Gifford (1823-1880) was a leading American landscape painter and member of the Hudson River School . Gifford had a great... 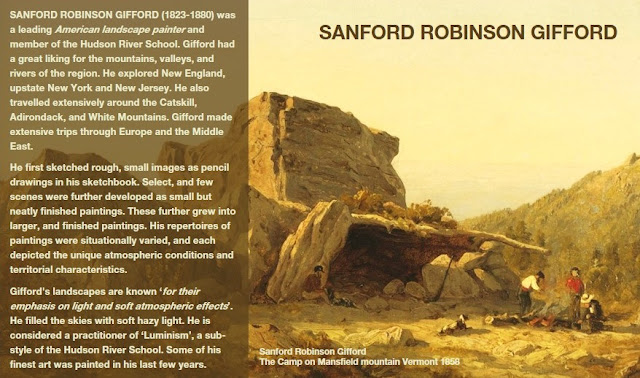