Post 143 - by Gautam Shah
.
Clays are fine albuminous products formed by decomposition of igneous rocks. Clays are tenacious and plastic when wet. Clays are highly cohesive, have high capillaries and no internal friction. Clays are smooth to touch, sticky and plastic. Clays can also be classified according to their plasticity, or silt content. Hard clays or stiff clays have low sand content, and are difficult to excavate. Fine clays have medium sand content, and can be excavated with slight effort. Soft clays have coarse texture and are easy to excavate. Pure clays are mostly useless because of the high plasticity and excessive shrinkage on drying. Clays, if very plastic, are called fat clays, whereas less plastic clays are called lean clays. 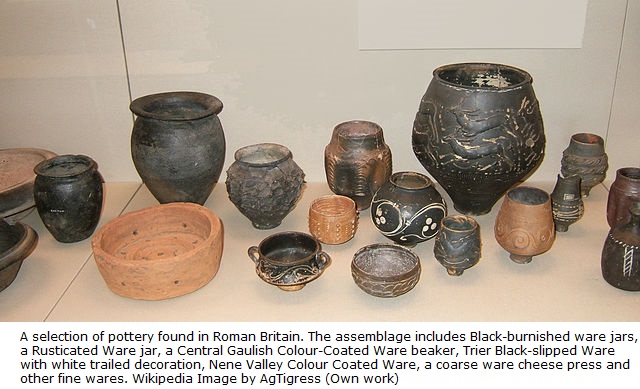 Top layer or organic soils have substantial amounts of organic matters, from the decomposition of vegetation and human, animals excrete. The presence of organic matters makes a soil light in weight and dark in colour. Organic soils usually show high workability and low shrinkage characteristics. When organic soils are found below an existing layer and are old, contain gallic acid and tannin in small proportions, but sufficient to act as fungicide and mild insecticide.
Virgin or non organic soils have negligible amounts of organic matters, and so reflect the basic characteristic of the predominant constituent element present, i.e., lime, silica, or alumina. However, soils do take-on the personality of the other minerals present in it. Non organic soils unless constituted by colloidal particles show very little plasticity. Some mineral constituents of such soils are reactive to water resulting in swelling and leaching. Kaolin or China-clay, is pure mineral clay that is used for making Porcelain. Ball clay is added to other mineral clays for plasticity. Fire clay is used for high heat resistance items, such as for kiln lining bricks.


Clays are black, white, red, brown and yellow in colour. China Clay is a residual material, contaminated with silica, mica, feldspar and decomposed feldspar. Ball clay is a sedimentary material of fine grain size and some organic contents. It is finer than china clay. Fire clays are formed from feldspar as residual and sedimentary deposit. Brick clays are high in iron content, and impurities of calcium compounds and organic matter.

Clay products forming process is determined by the clay ingredients and the shape or form and size of the object. It is Semi dry or semi plastic process, Wet or plastic process and Liquid processes. Semi plastic processes are adopted where water supply is scarce, and the condition of soil is very plastic, where high density mass by pressing is possible. This is used for forming building blocks. In case of plastic soils, the addition of water causes swelling of the mass and an increase in cracking during drying, so some additives are required. It also needs high degree of compaction, mainly achieved on potters’ wheel and with thin body forms. The item has to be so designed that all parts even cross section thickness, and changeover from one thickness to another, if any, is very gradual. Plastic processes allow sufficient time to a craftsperson to mould and finish an article. Liquid processes are used where through mixing of ingredients is carried out in presence of water.

Historically, unglazed pottery has been more common than glazed pottery. Unglazed pottery can be produced from wide variety of clays, and is comparatively easy to produce. Unglazed potteries are commonly identified as ‘earthenware and terracottas’. Unglazed potteries were first used for pots and vessels for storage and cooking, and materials’ processing. Later the uses included architectural elements like building blocks, drains and tiles for floors and roofs. Later ages saw development of three basic classes of ceramics. Very thin body or walled pottery produced on wheels, from comparatively good plastic soils, and controlled firing techniques. These were sometimes incised with decorations, or coloured with iron oxide pigments. The next class consisted of non-wheel based formations such as the coil method, used for creating larger storage utilities for grains and water. These were polished with clay slips and appended with clay decorative motifs. The third class consisted of figurines, toys, sculptures, of solid and hollow type, through press-cast and poured in the mould formations.

Clay-based potteries are also called Terracottas due to the reddish colour, imparted by Iron oxide as ferric and ferrous. Other important colourants are quartz, kaolin, mica etc. Soils show a wide range of colours from off-white to yellow, light brown and chocolate to radish tones.

Clay products are baked at different temperatures depending on the constituent clays, form, shape, size, mass, and the use of the product. Earthenwares are comparatively low temperature (approx. 1000°-1200° C), Stonewares are mid temperature range (1100°-1,300°C), whereas Porcelains are fired in the range of about 1200°-1400°C. An oxidizing atmosphere inside the kiln, allows air and affects the surface and appearance of the products. Whereas by limiting the oxygen in the kiln, some glazes change the colour.
A ceramic can be decorated before or after firing. Glazing is one such process to make a ceramic product more opaque or less permeable. Glazing process may add colour and lustre. Sewer pipes etc. produced from low-cost materials are salt-glazed during the firing to provide impermeability. Other products are glazed in raw (green) form or after first stage of firing. Building blocks are left unglazed, as porosity increases cement bonding.
Glaze is a combination of materials, consisting of glass-forming minerals (silica or boron) combined with ‘stiffeners or bodying materials’ (such as clay and fluxes) and melting agents (such as lead or soda). In raw form, glaze can be applied to the unfired pot, or after an initial, or biscuit (or unglazed) firing. Many kinds of glazes are used. Some heighten the colour of the body, and others mask it. Basically, there are four principal kinds of glazes: feldspathic, lead, tin, and salt. Feldspathic, lead, and salt glazes are transparent, tin glaze is an opaque white. Hard porcelain takes a feldspathic glaze, Soft porcelain usually takes lead glaze. There are many other modern glazes that do not fall into any of these categories.
Slip (liquefied clay strained of coarse particles) may be used for imparting specific surface finish. Slips are applied to completely dry, or half-dry items by coating or dipping them into the slip of creamy consistency (to which colourant is sometimes added). Slips can be brushed, sprayed, or trailed on with a spouted can or a syringe. Designs can be drawn or incised with a pointed tool into the slip to reveal the body, a technique known as sgraffito.
Alkaline glazes, popular in the Middle East, are shiny and frequently transparent. They are composed mostly of silica (such as sand) and a form of soda (such as nitre). Lead glazes are transparent, with traditional types made of sand fused with sulphide or lead oxide. They were used on earthenware by Roman, Chinese, and medieval European potters and are still employed on European earthenware. Tin glazes are opaque and white. Metal oxides give colour to glazes. Copper makes a lead glaze green and an alkaline glaze turquoise. Iron produces yellow, brown, grey-green, blue, and with certain minerals, red. Feldspars (natural rocks of alumino-silicates) are used in stoneware and porcelain glazes because they fuse only at high temperatures. Glazes or their firings, if defective show pinholes, bubbles, crazing and peeling. Metal coating, enamelling, minakari, etc. are ceramic like coatings or depositions of metallic and non metallic compounds. Vitreous enamel coatings are glassy but non crystalline coatings are matt.