Acoustical properties of small rooms differ considerably from large spaces such as the auditoriums, concert halls, cathedrals, lecture halls, hospital wards, etc. Some of the most important elements that differentiate the quality of sounds are volume and depth or width of the space. In an average space original sound travels more or less straight to the listener, whereas the reflected sound must travel towards an edge or boundary, and then get bounced back to the listener. Such delayed reflections heard along with the original source sound cause of enrichment of sound and in some cases irritant echoes.


Size and Shape of a room affect the sound perception in a room. ‘In a room with parallel walls (almost all rooms), the sound gets a caught bouncing back and forth between the walls. Some sound waves are cancelled by their own reflections while others are reinforced’. Room with slightly askew walls, drastically reduces the redundant reflections between walls. Ancient Greeks found that rooms with the ratios of 2.62: 1.62:1 sounded universally good.


When an original audio source is recognized, one turns the head to that source. Head turning helps in tuning the source and also for eyes to locate the original source. Such audio source location and its visual perception create a psychological sense of adequacy. In very large volume spaces the original sound may become feeble at the peripheral areas, allowing a surface bounced sounds to dominate the listening. 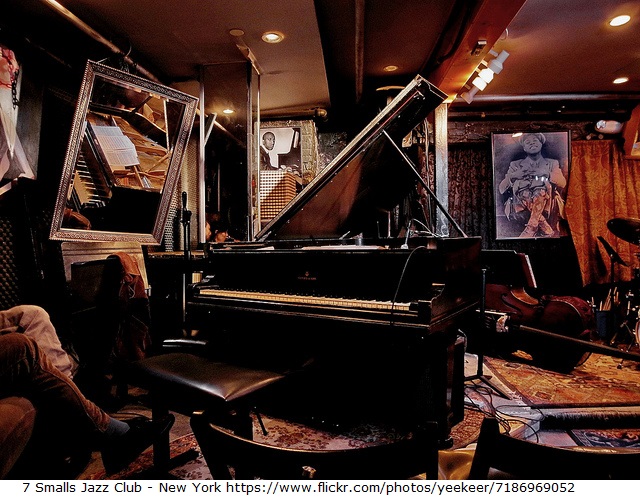 Reflections often obscure the true source of a sound and reduce intelligibility. This effect is more pronounced in small rooms than larger ones because the walls are closer together, and so the reflections are stronger in strength, but not delayed enough to produce sonority. The strength of the reflections depends on the density and rigidity of the edge surfaces. Indeed, the worst environment for a home studio is a basement because cement walls are more rigid than partition or thin body walls. Thick walls around small space rooms improve the acoustic isolation, but thin partitions allow lower frequencies to pass through to get absorbed within the body or expended in vibrating the thin body mass.


In the natural world without walls or ceilings, the First Significant Reflection will always come from the ground. We subconsciously use the FSR to determine distance from an object. For example a person speaking to a listener from 2' distance, the initial sound will arrive about 2ms while the FSR will be about 11ms. Thus effective FSR is 9ms (11-2=9ms) to the listener. If the speaker is 10' away, the FSR will be about 5ms from the listener's perspective. 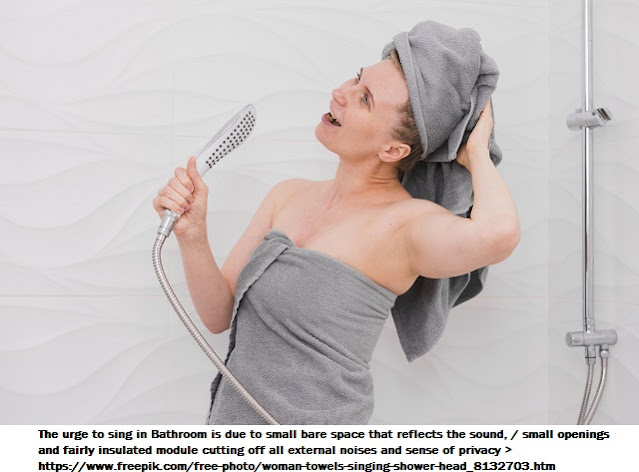 Singing in a bathroom sound lively, but only to the person in the bathroom, because the reverberated sound seems to be richer, and fuller. A bathroom also offers a very private space for uninhibited behaviour.

Small rooms like a bathroom have small sizes, and smaller volumes. Such spaces include an inner sanctorum of temples, confession booths, personal prayer rooms, private offices kitchens, study rooms, store rooms and telephone kiosks. These rooms are used for personal meditation, prayers, recitation, singing, self-talk or person to person (one to one) voice communication (directly or through telephony).

Beyond the two qualitative characteristics of small spaces such as smaller size and smaller volume, it is the Nature of furnishings that affects the feel for sound. A bathroom like space is bereft of any soft surfaces, whereas study rooms are over furnished to make them cozy. Heavy furnishings, draperies, thick walls form a sound absorbent environment. Here the richness of the reflected sound is lost.

Small spaces allow multiple reflections from architectural boundaries and enrich the sound of one's voice. Small rooms often provide the ‘acoustic intimacy’ but do not have ‘acoustic grandeur’ of very large spaces. Large rooms have distinctive reflections which help us comprehend our location, the direction and distance of objects etc. In large rooms there are likely to be few surfaces that are horizontally askew, vertically inclined and surface quality wise irregular so some blurring of the reflections is inevitable.


A highly isolated space (cut off through high insulation) cuts-off the low frequency ‘interference’ of outside noises like traffic, wind, rustles of the leaves, etc. The internal low frequency noises of the room cannot be suppressed in absence of absence of background noises. As a result sounds our own body movement, rustling sounds of clothes or book pages, fan or air conditioner’s hiss etc. are over emphasized and become disturbing. 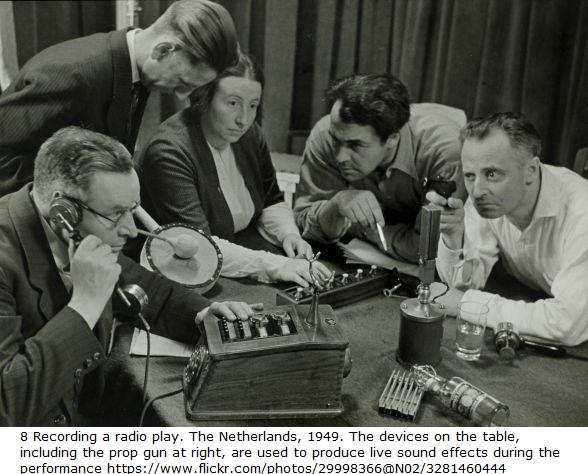