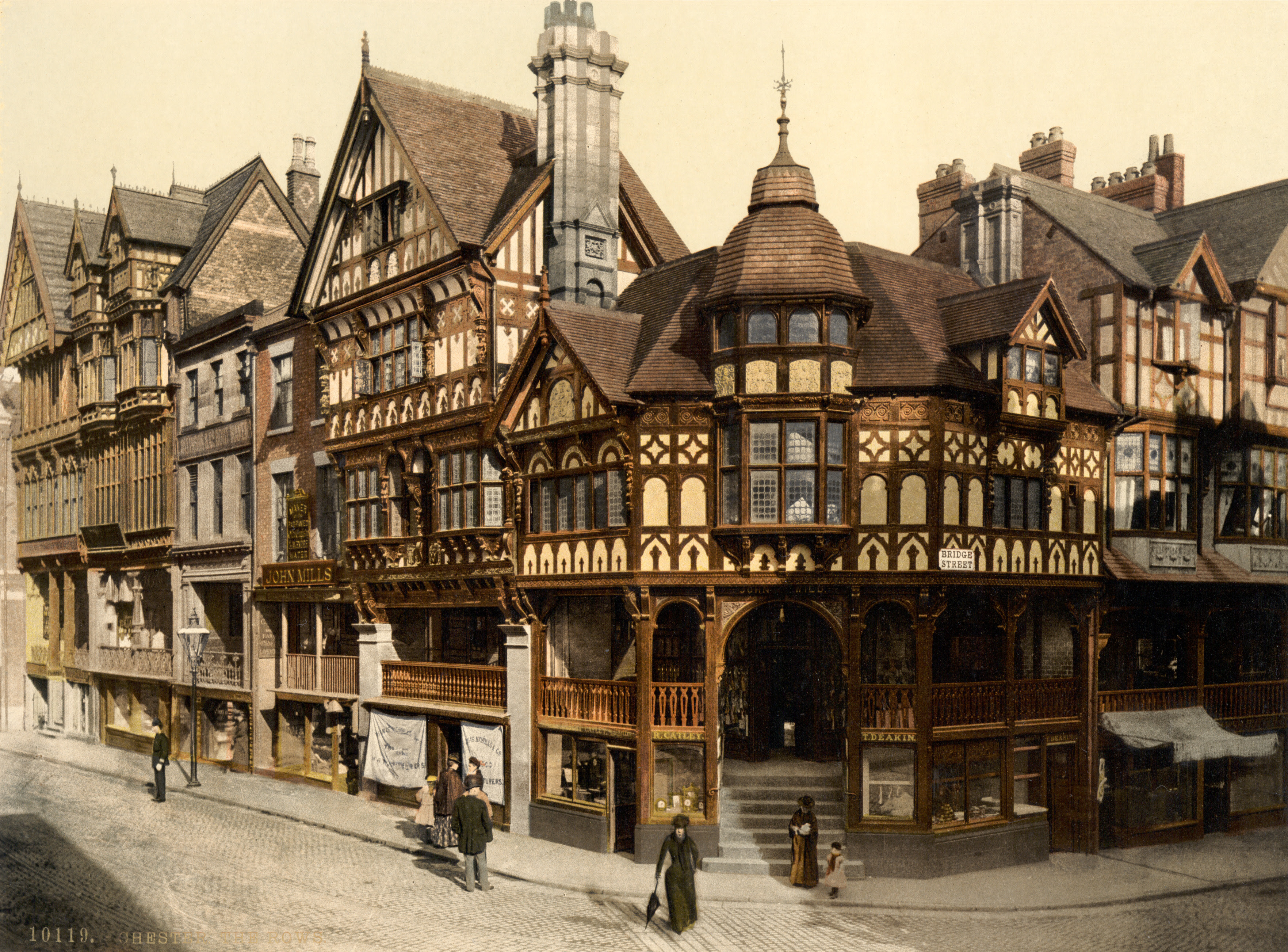 Selling a commodity or providing a service has been basically a street level business. It needs ‘commercial architecture’ to facilitate it. The seller or provider and the customer depend on prior visual recognition and confirmation. Shop Windows, Shop Fronts or Display Windows are the architectural elements for visual recognition. The architectural character of it is highly climate dependent and very slightly affected by the culture of the place.


The shop-fronts of tropical and colder climates show distinctive difference. The tropical shop was an entirely open front unit compared to the ‘shop-windows’ of colder climates. The later, were small but regular openings, like a glazed section within a door or window. Of course between the two climate-based extremes there were many intermediate approaches to shop-fronts. 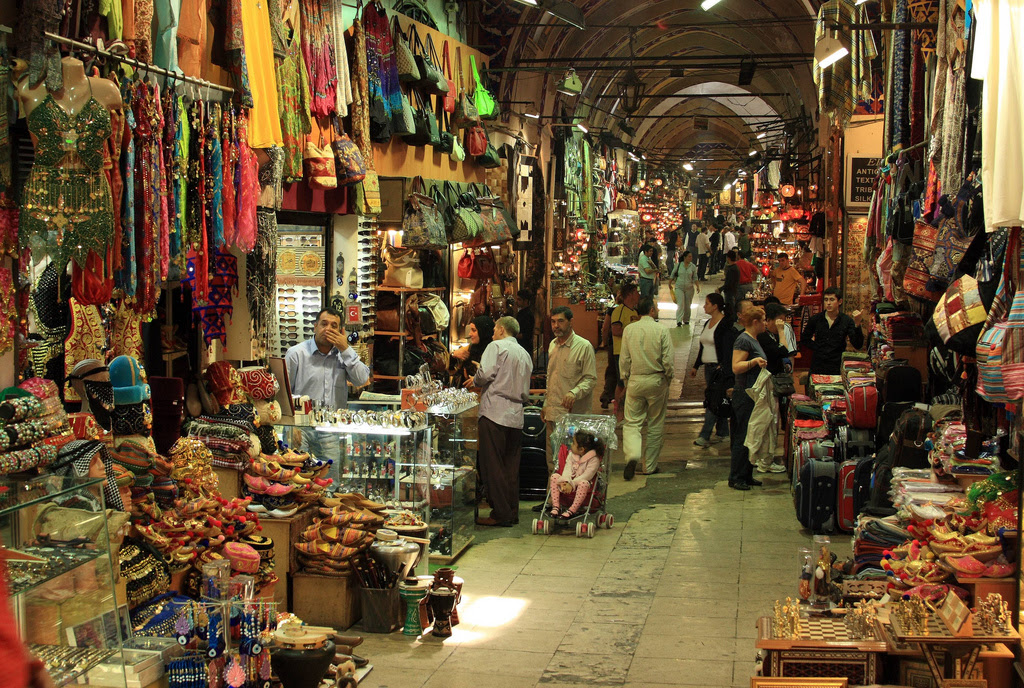 The tropical shop attended the customers at the street edge, and had the entire shallow depth frontage for display. On the other hand the colder climate shop was enclosed space. It managed its business deep inside with a much larger volumetric space for display.


The shop windows made a street lively and began to endow a unique architectural identity to the shops. Different trades, like barber, tailors, butcher, sweets, bakery, fortune tellers, medics, each had unique interior space character and their shop fronts reflected that on the street. In warmer climates shops, the interior and exterior of the shop were one.


Shops along a street tend to be nearly of the same sizes and architectural character. It requires professional design help to be a distinctive entity. But to arrange and rearrange the merchandise visible from the shop-front or shop-window was within the ambit of the owner. These also included festival signages, colour schemas, illumination, all called ‘window dressing’.


Shop fronts were, once not regulated by any building authorities. So upper floors were extended to protect the shop front area. Such unregulated projections often extended to the edge of the footpath, and required support of columns. Over a period entire street had a continuously protected passage like a colonnade, similar to one designed colonnade in Connaught Place at New Delhi. However, later rules did not permit more than 11 inches of projected cover. These very small provision was used for shaping the shop window like a bay or bow window.


Shop and dwelling architecture had very little scope for undulating the face. Pilasters and Consoles were used to add a strong edge and a separating feature for the shop front. It also enhanced the shop-front within the building elevation. Fascias and Cornices were other elements incorporated with the shop face. A cornice was purely a decorative element above the fascia, or was used as cover for retractable blinds, folding awning or roller shutters. 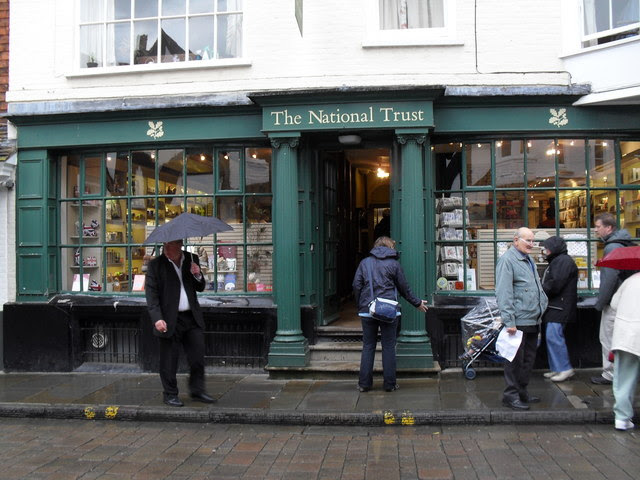 Old shops-fronts were raised off the road level and also from the shop interior floor level, by means of a stall-riser. The stall risers provided a higher base to display merchandise and protected the shop-window from ramming by the cyclists. 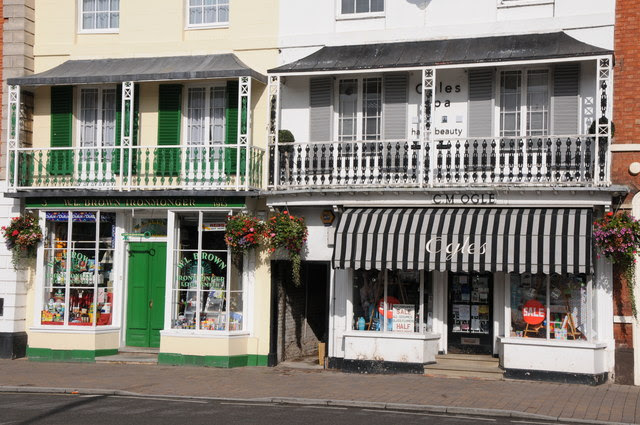 Shop + dwelling, or workshop+dwelling have been the most convenient combination everywhere in the world. The arrangements were of front shop and backside dwelling, or ground floor shop and upper floor residence. With development of exclusive commercial precincts, the lower floors of office buildings were devoted to shops. The upper floor shops had a street side ‘frontage’ for display and backside entrances.


Early Display windows were on the public street level. A customer looked at the displayed items, and in few cases whole or part of the interior, at a nominal eye level. Shops on the upper floors or down at cellar level, offered a different perspective which required a different arrangement. At whatever level the street facing display was extremely important, but occupied a lot of floor space. Display systems were made visible not only from outside, but from inside the shop, to endow double efficiency. Such dual faced display systems also allowed greater view of the shop interior from outside. 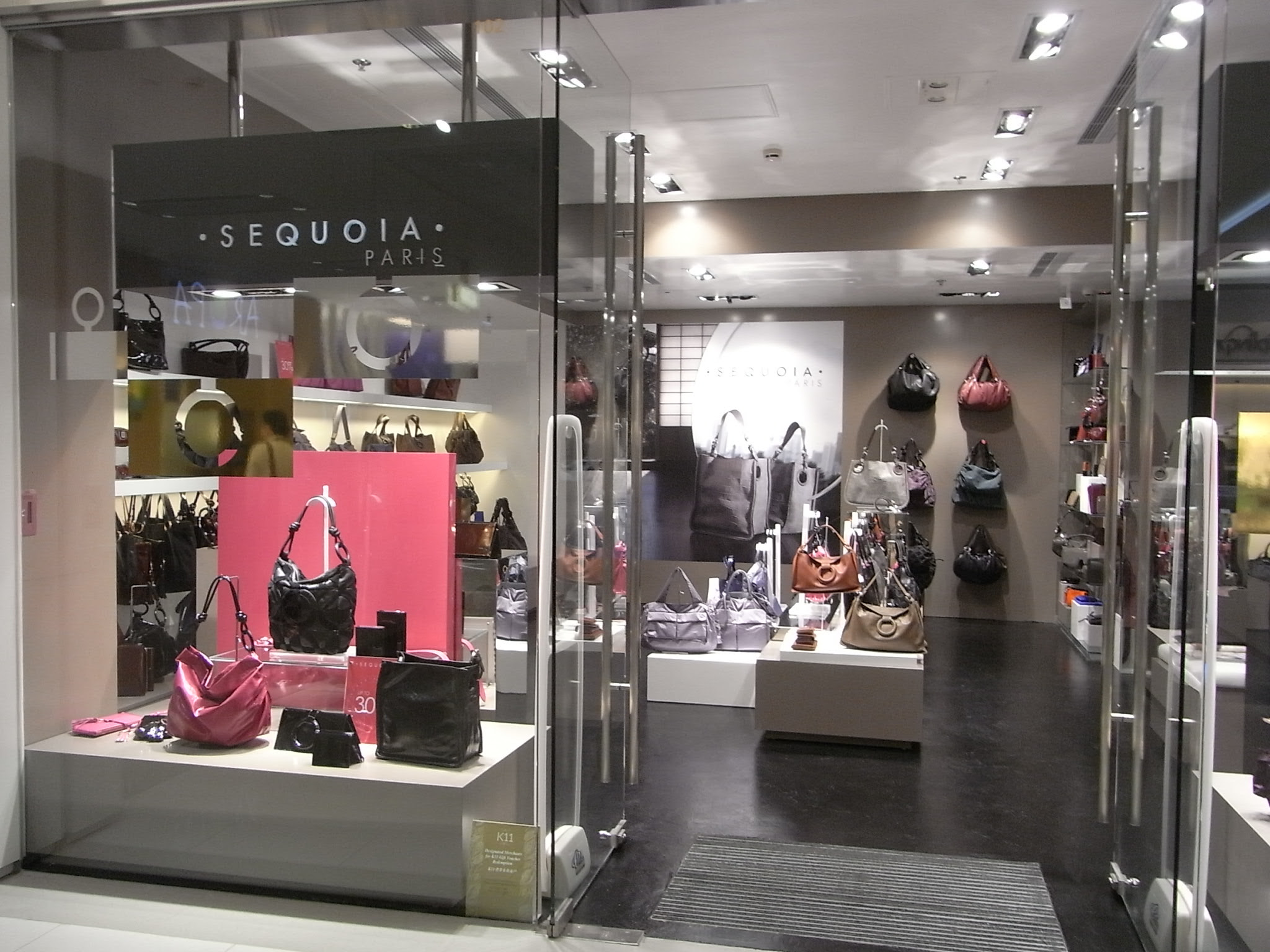 
Exclusive display units or cubes with no attached selling facilities began to flourish on heavy public access routes such as railway and bus depots. Such display cubes had premium rents and with too little space for display, so graphical images rather then actual items were placed.


Early shop-fronts used glass on a very limited scale. The door (as enlarged peep hole) and windows (with chequered panes) formed the window-front. The glasses were of smaller units for THREE different reasons: technological, economics and safety. The glass in the door or window could only be enlarged to the extent of the frame. The small window just gave confirmation that shop is open for business, a glimpse of the business inside, and also an assurance to female customers that the shop is transparent and so safe. For the vision inside, the shop had to be brightly lit even during the day time. In small localities where the nature of a shop is familiar to everyone in the neighbourhood, display may not be important to attract a customer, but a display system for new arrivals or preparations was necessary.


Glass became a shop-front factor in warm climates when shops needed environmental control such as heat, dust, rain and noise. Privacy was an important factor for some businesses, and ground glass partitions helped it. But these were not display fronts.


Early shop doors were of half glass+half wood panelling, or full glass+ bottom feet’s knocker plate. The doors had engraved name and logo of the shop. The doors were floor pivoted, so opened both ways. Shop-window became large but initially with mullions divided glasses. The stall risers began to be eliminated. 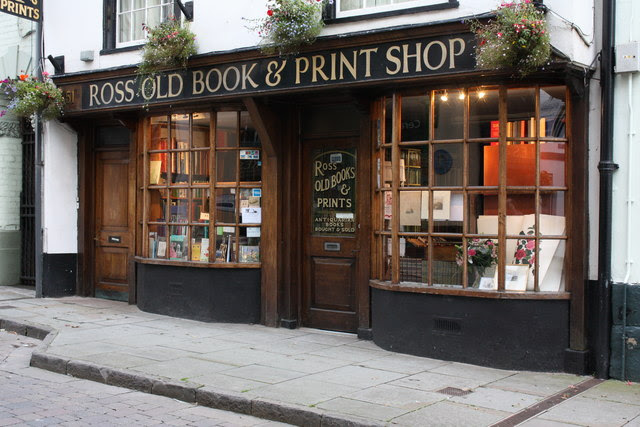 The display section covered the entire frontage of the shop except two major obstructing elements, the entry door for the shop section, and another door for the residential quarter on the upper floor. The shop door was set back to provide a protected entrance bay, and front opening of the shutter. It also allowed the shop front to form a bay shape and increase its perimeter. The bay shape also permitted the view of the interior from an angle when glare over the main face occluded the vision through.


The shop front window was tall enough to cover the entire height up to the beam-bottom or the bottom of a projected floor above. It provided ample daylight, necessary for many North European locations. However, in S. Europe and other countries the shop front glass was stopped at door height level, covered by the sloping awning or used for translucent shop sign board. 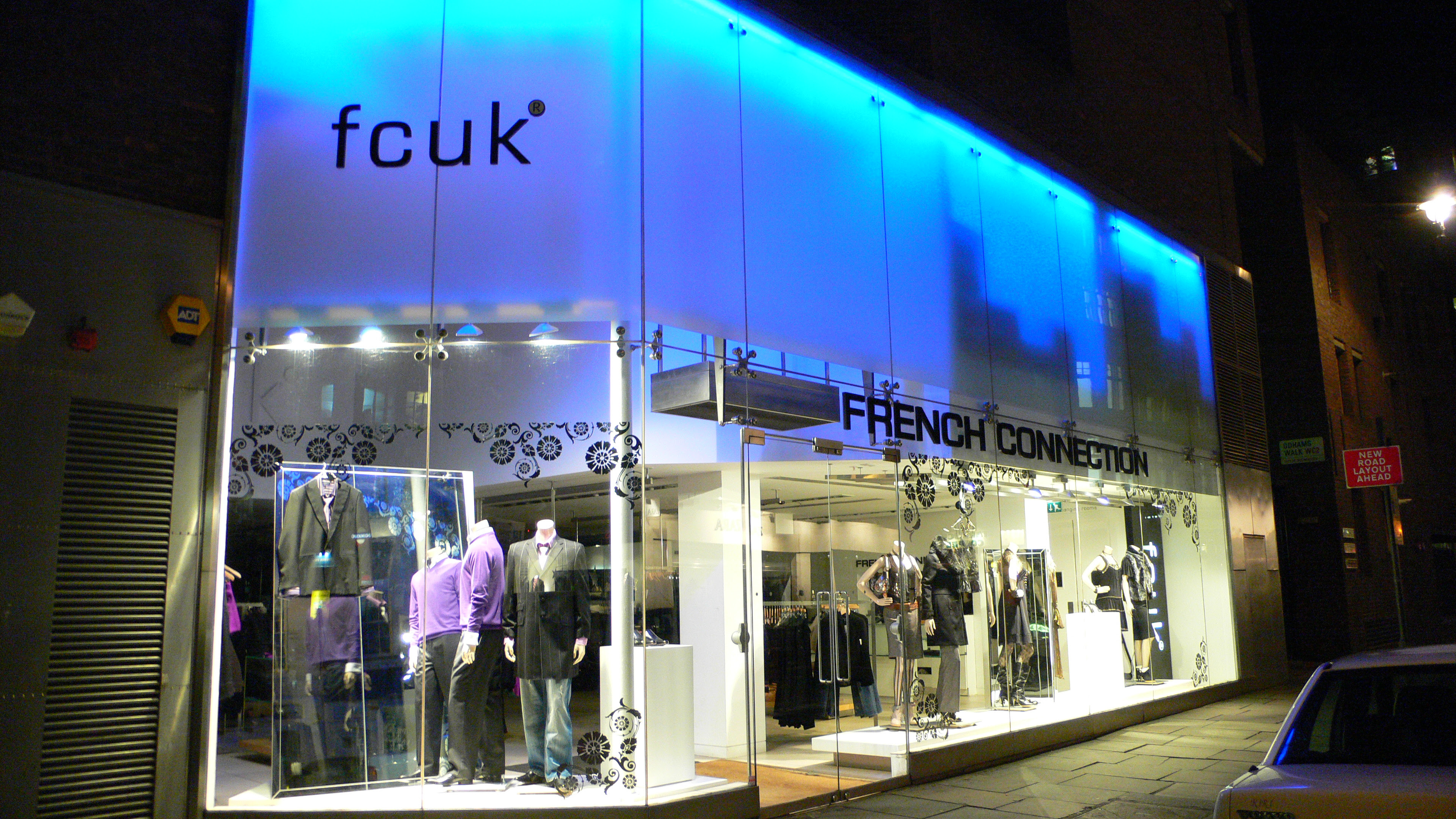 Over the years the shop-fronts have changed mainly for FOUR reasons:


1. The quality of glass and size, both have improved since Industrial Revolution. Major quality improvements have been for clarity of glass, such as free of colour tinge, specks, bubbles and undulations. The size of glass has increased several times accompanied by strength. Safety glasses such as toughened or laminated glass requires no other protective layer like a metal grill.


2. The store formats have changed from a single owner and specific set of commodities or services, to departmental stores, malls’ mega marts.


3. Neighbourhoods have changed from a street of a row of shops with residence on upper floors to shopping centres like clustered shops, shopping arcades, multi level shopping centres.


All these have affected the nature of display windows. Earlier the glass panes were set within a wood-frame and divided by heavy muntins, as glass available then was of small size and brittle or breakable. Heavy mid members obstructed the clear view. Very thin muntins or glazing bars of metal T sections provided uninterrupted look. As larger sizes of glass became available, single unit glass shop-fronts became common.


Small pieces of glass, each reflected light differently so created a very patchy look, but the large piece of glass as a single unit had only one angle of reflection. Large pieces of display glass were engraved or ground with borders and corner patterns to ‘soften the look’. Large glass front require framing only at the edges, which are often concealed in ceilings, side wall panelling and flooring. 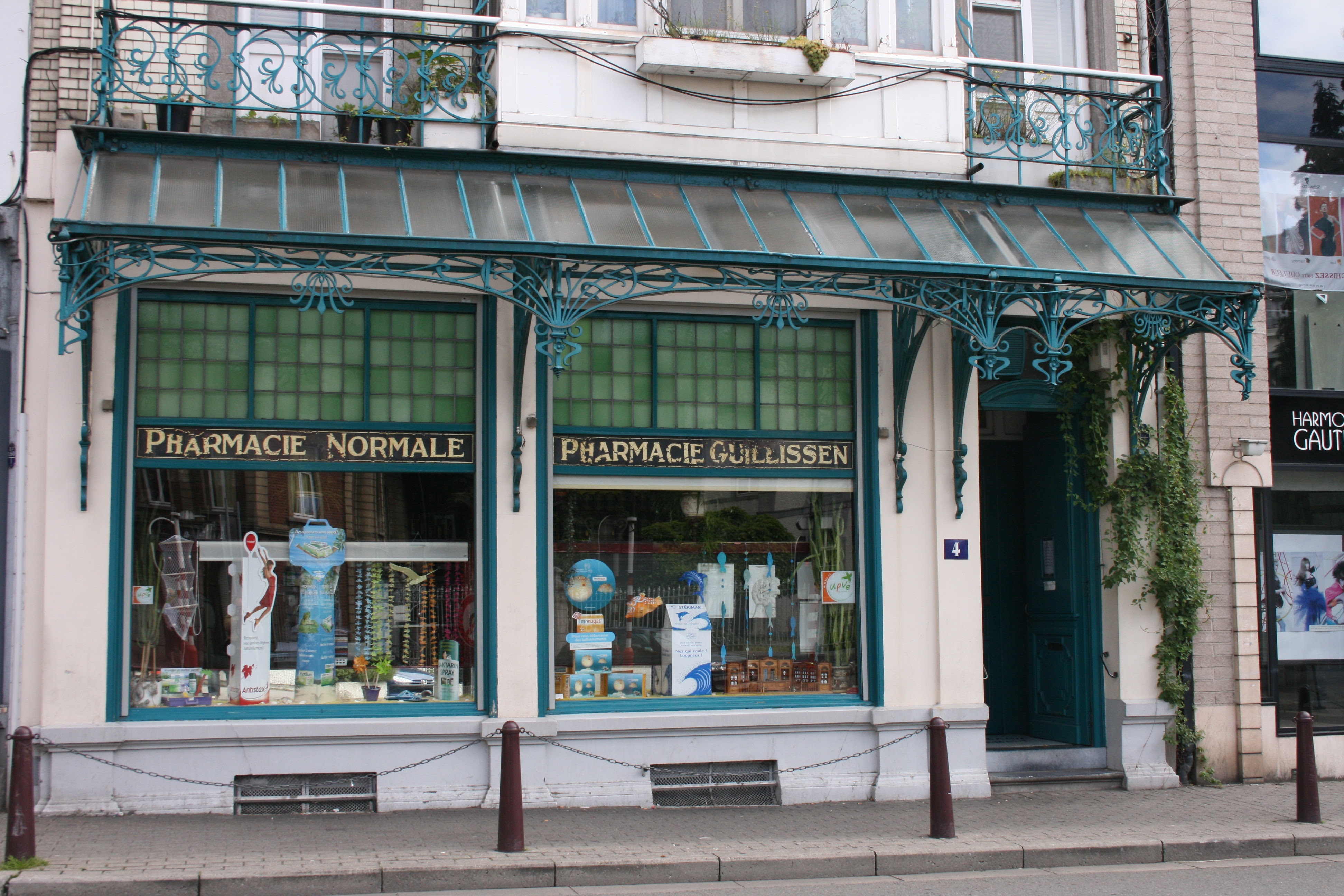 To reduce the glare folding canvas awnings were stretched over and nearly covering above-the-head level section of the opening during sunny days or hours. Tinted glass and polyester film coated glass are used to reduce the solar gain and UV damage to the goods displayed. At places like a beauty parlours, barber shop, it is possible to use heavy metal sprayed glass or overlay films that have nearly one way vision.