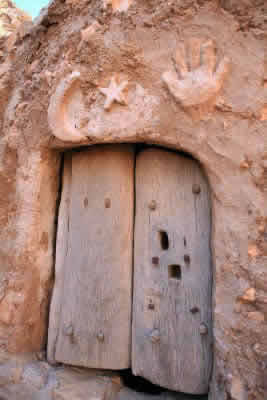 The Door has been an important element, after the Fire in instilling a sense of security against intruders and wild animals. A door is an elemental entity for controlling environment of the dwelling, in cold climates it keeps the warmth inside, in deserts the sand storms out, and in tropics provides protection against the rainwater. For family the door is a key factor for providing social privacy.


Just as the hearth was the focus of a family, the door denotes a domain, the home. The first doors were plain gaps with additional facility of a cover. A variety of covering materials like, hide, fabrics, woven matings, rubble heaps, sticks, wood logs and planks, metal casts, paper, grass and leaves, and stone slabs were used. These were dumped, heaped, hung or placed strategically. To hold the cover materials, stripes of hides, vines, ropes, animal guts, sticks, etc., were used. The door-covers were often stiffened at the edge to form a shutter. Such door-covers were rolled up or pushed aside. The door-covers as shutters were hung through leather, fabric ropes or vine straps.


In place of a door many types skewed entry positions were also used, such as: cliff faces, entwined passages, narrow or low height(crawling) passageways (like igloos of Eskimos), fall-down (pit houses of China) or climb-up (tree houses), etc.


From the period of ‘non built dwellings’ such as caves, cliffs over hangs, tree shades, etc. to ‘built habitats’ of early Harappan, Egyptian and Mesopotamia periods, the ‘gap or door’ served the purposes of entry-exit, illumination and protection.


Doors-covers were mostly used in dwellings. For public buildings formal and stronger doors were required. The earliest record of a door shutter, is of a painting in an Egyptian tomb where it is shown to be a monolithic panel of wood. In reality such monolithic panels were technologically not feasible, so Vitruvius writes about doors built with stiles (scapi) and rails (impages), and the spaces enclosed were filled with panels (tympana).


Harappa’s main streets were straight walled with no openings on it. Entries to the dwellings or rather door-like openings were placed in the small side-lanes, passages or court yards. Other rooms of the house had entry gaps from such passages and court yards. The ‘doorway’ or gaps were covered or ‘curtained’ with hides, fabrics and woven mats for privacy. The word ‘Shitomi’ (Japanese) for the door literally means ‘a small woven mat’, recalling the hanging curtain forms of doors in ancient buildings.


The concept of a door as a controlled barrier with a shutter is only 7000 to 8000 years old. Doors of rigid and permanent materials first appeared with monumental architecture or public buildings. Doors for important chambers were made of wood or stone. All ancient doors of wood or stone were hung by pivots inserted into lintels and floor pieces of hard stones such as basalt, dolerites or granite. In later periods the wood pivots were sheathed in cast bronze. 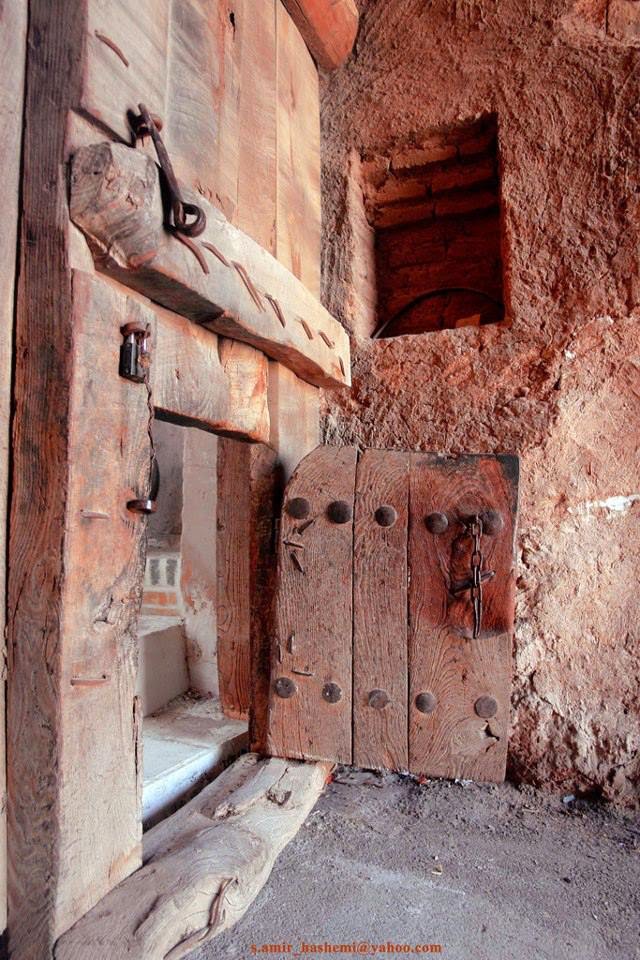 Early doors had no frames, as these were hung by pivots inserted into the building element. When pivots began to be replaced by hinges, as the efficient hardware, the door frames became a necessity for fixing the hinge ends. The door now had a doorframe a distinctive element from the masonry surrounds of pivot doors. The door shutters were rarely monolithic as such large sized material were rare. These were composed of stiles and insert panels. The framed door, and its panelled shutter, both together made it easy to repair and replace system. In 20th C once again better masonry or wall making techniques have reduced the need for a door frame, by concealing it or integrating the door frame.
.
- May 11, 2014